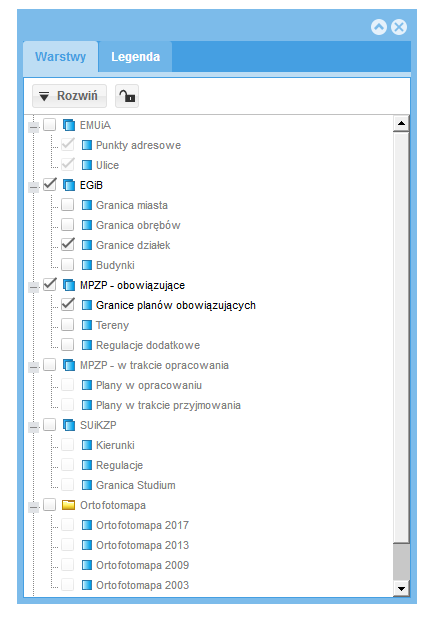 To display subjects from a given layer, you need to check the box next to the group name and next to the specific layer. It is visible on the above picture that the included layers are as follows: Ruling plans borders and Plot borders. If there is a symbol next to the layer but the name is gray, as in the case of Plot borders layer, it means that there is set such a scale that a given name does not appear. To see which border scales has been set for a given layer, you need to click a given layer and wait till the cloud with such information appears. To display a layer on the map, you need to adjust the scale.
For searching particular local plans there are two browsers, available after clicking the icon

in the top bar.

I. MPZP browser according to localization allows to search which plans are binding on a given area. Terrain can be indicated via:

1. Indication of a point on map – you need to click “Indicate a point on a map” button, and then a particular place on a map: 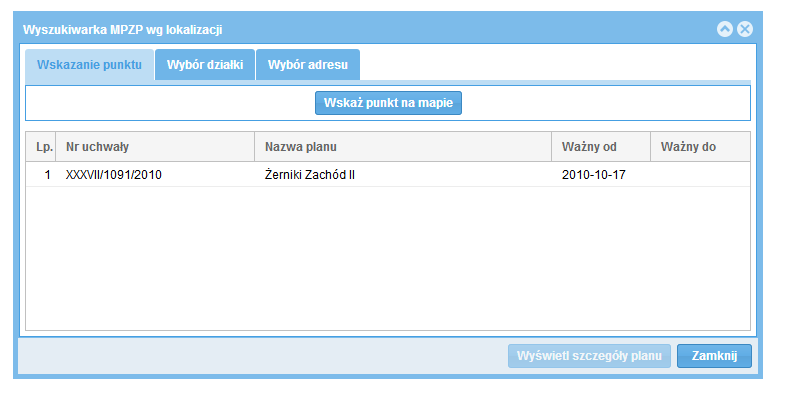 2. Giving a plot number – this option also has two drop-down lists – first you need to enter the street name (a hint will appear) or choose it directly from the drop-down list. After choosing the street, the second list is activated – building number. In this case it is also possible to enter it directly or choose from the list of buildings numbers on a given street. 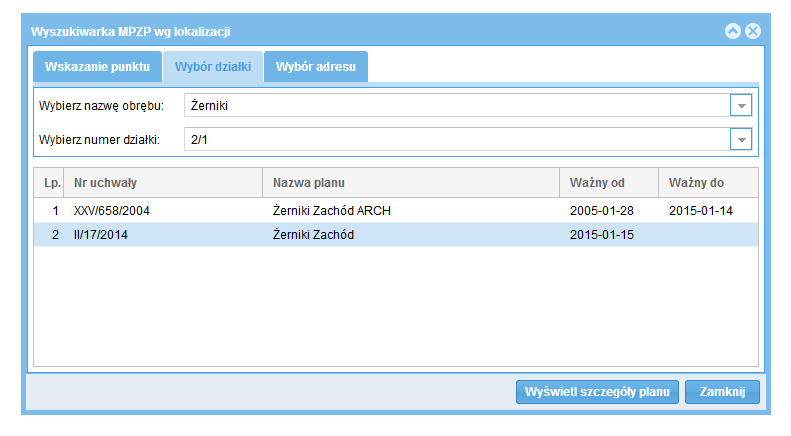 3. Giving real estate address – this option also has two drop-down lists – first you need to enter the street name (a hint will appear) or choose it directly from the drop-down list. After choosing the street, the second list is activated – building number. In this case it is also possible to enter it directly or choose from the list of buildings numbers on a given street. 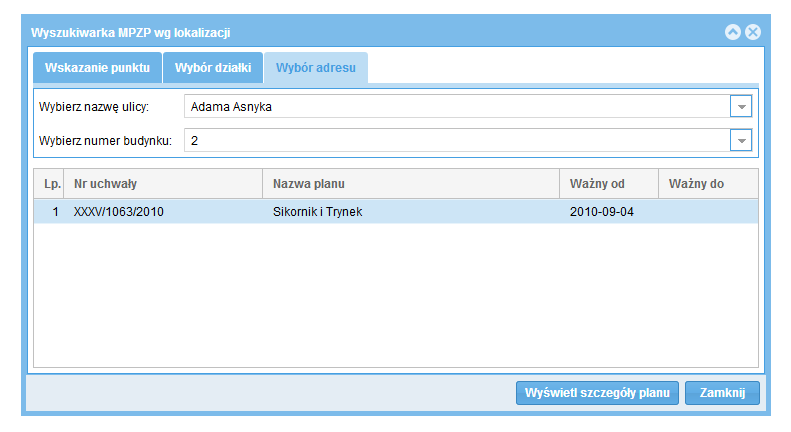 After choosing the area, program displays local plans on the list which currently rule or ruled on a given terrain in the past. Aside from plan name and act number, there are binding dates presented. If there is not a date given in the box “valid to”, it means that the plan rules currently. After clicking a given plan on the list, “Show plan details” button is activated which opens a table with attributes which are descriptive additional information. connected to this plan. 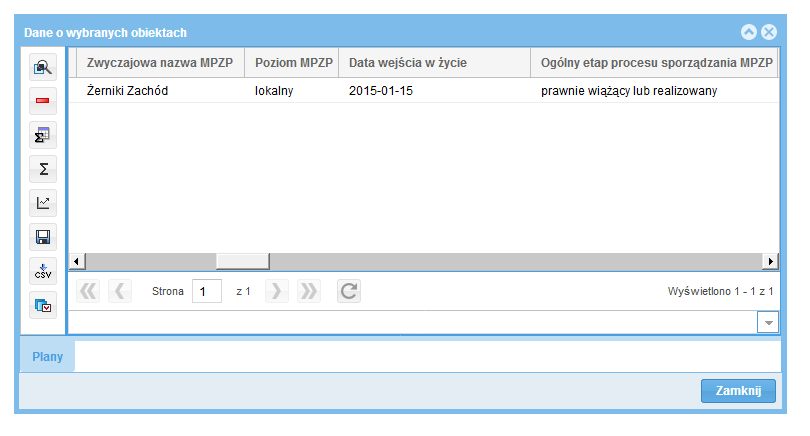 II. MPZP browser according to status – allows for searching and selecting from database, terrains, or additional regulations at the same time, depending on it status, which can have a value of: legally binding or pursued, in development, in a process of reception, or out-of-date. You can also choose all objects of a given type (Fig. 6.). There is a default option “Adjust the map scope to selection” checked which causes that after finding objects, program changes the scale and the display presented on the map to make al objects visible. 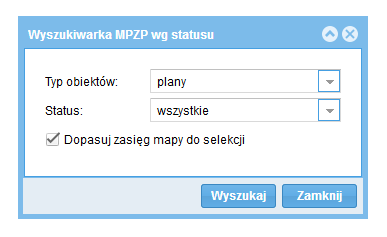 If you choose “legally binding or pursued” status, a box will appear in which you can enter a date for which a program has to check plans, terrains, or additional regulations ruling. 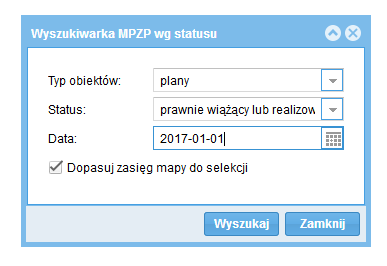 By default a current date is entered. To change it, click the

calendar icon, and after its opening, indicate particular day. To change a year fast, use ctrl+arrow up or down combination, and to change a month, use right or left arrows

in a program window – next to the name of the month. If it would require too many clicks, click the symbol and indicate a particular month or year from the list.